With the State of Illinois finally having a new budget for the first time in two years, the Project for Middle Class Renewal at the University of Illinois at Urbana-Champaign and the Illinois Economic Policy Institute evaluated the economic research on policy measures currently under consideration by state lawmakers.

The full report is available here: Public Policies That Grow the Illinois Economy: An Evidence-Based Review of the Current Debate. 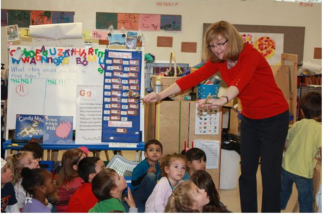 Other policy changes that have been proposed in Illinois have no, mixed, or limited economic impacts.

2. A repeal of prevailing wage would have no impact on construction costs but would reduce the earnings of middle-class construction workers, increase reliance on government assistance programs, and reduce apprenticeship training.

3. Reducing unemployment insurance and limiting program eligibility tends to reduce unemployment spells but also lowers the post-unemployment wages of workers because they have less time to find the “right” job match.

4. Reducing workers’ compensation benefits would have no role in boosting employment in Illinois.

5. Raising the minimum wage would have little to no effect on total employment, but would reduce inequality and make housing affordable for hundreds of thousands of workers in the state.

6. Providing business subsidies and incentives would have little effect on economic outcomes, and numerous studies conclude that they actually reduce employment in areas because they come at the expense of other public goods.

7. There is no evidence that a property tax freeze results in higher income growth, but it can negatively impact local economic development if it reduces the quality of public schools or causes cuts to protective services.

8. Studies on term limits for state legislators find that they are correlated with higher government spending and slower long-run economic growth, regardless of which party controls the legislature.

Elected officials in Illinois should consider these research findings in making policy decisions to improve the state’s economic performance and make Illinois an attractive place to work, do business, and live over the long term.